In grade school, Dana read the dictionary—because she found it more interesting than her class material. Later, she earned a degree in computer science from UNBC (with minors in GIS and psychology). She also studied project management.

She worked as a GIS Analyst/Archivist for the Tsay Keh Dene First Nation. While there, she built and maintained their collection of historical spatial data, maps, documents, and photographs. She created maps and analyzed data that helped the nation respond to industrial development in their territory. She also designed the resident hunter registration/tracking database backend that is used to generate land use and hunting data for the territory.

Dana worked with Will in the past, and admired how he tracked down interesting projects that required clever solutions. This led her to join Sparkgeo, in December 2017. She works mostly on site, at our office in Prince George.

She appreciates the artistic aspects of mapping, and the problem solving involved in coding and data analysis. She enjoys having a variety of projects to work on, and likes mapping and programming in equal measures. She’s also involved in beta testing and software quality control. Her favourite clients are those who know what they need from their project, and communicate those needs well.

Dana is interested in the discussions surrounding Analysis Ready Data for remote sensing. She feels that we need to assemble data from different satellite sources, to track rapid changes to the earth (resulting from climate change). She believes that Analysis Ready Data will make doing so easier.

Dana makes great cider, and is a sucker for photos of cute animals. 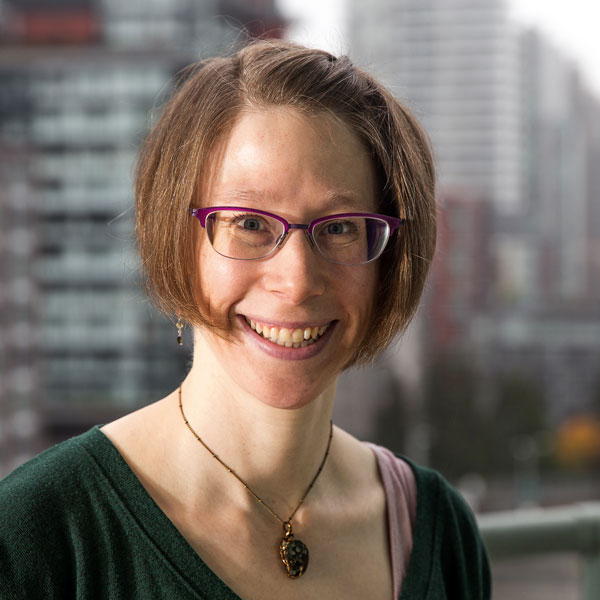