Natalia is Sparkgeo’s new project manager. Her interest in geospatial began at the University of Toronto, where she completed a degree in GIS and Geography.

From there she went on to complete her M.Sc. at Simon Fraser University, studying fluvial geomorphology (specifically focusing on flow and suspended sediment concentrations in the Fraser River). After graduating in 2011, she decided to use her data analysis skills outside of academia.

She worked for the City of Calgary Transportation Planning department as a Senior Data Analyst. While there she managed collision databases, automated processes, and lead transportation planning studies. She also built a tool that allowed city planners to calculate metrics and model upgrades to city infrastructure.

She left the City of Calgary to move to Vancouver. There, she began working at Ledcor in 2014 for the Telco PMO (supporting the construction of major fibre builds). She was one of the company’s first GIS employees. In time Natalia was promoted to lead and grow the team—as well as to build a cloud enterprise GIS to support various Ledcor projects in Canada and the US.

After Ledcor, Natalia took some time off before moving to Sydney, Australia in early 2018. In Sydney, she worked as a Senior Delivery Consultant for Experian. Her focus was on data quality and data management projects across various organizations in Australia and New Zealand.

In January 2020, Natalia and her husband left their jobs, sold their possessions, and set out to travel the world. They began their travels in February, visiting family in Canada and Europe. After, they planned to visit India, Sri Lanka, and Nepal in March and April.

Obviously, the pandemic thwarted these plans. So, the pair tried to salvage their year off by traveling locally (once the lockdowns eased up). Although not the trip they had planned on they were able to road trip, camp, hike, and sail. After almost a year with no fixed address, they settled in Calgary with a new puppy and kitten.

Since then, Natalia joined up Sparkgeo. She tells us that she’s always loved and excelled at the project management components of her work. As such she’s keen to join the team, get to know everyone, and work on innovative geospatial projects. 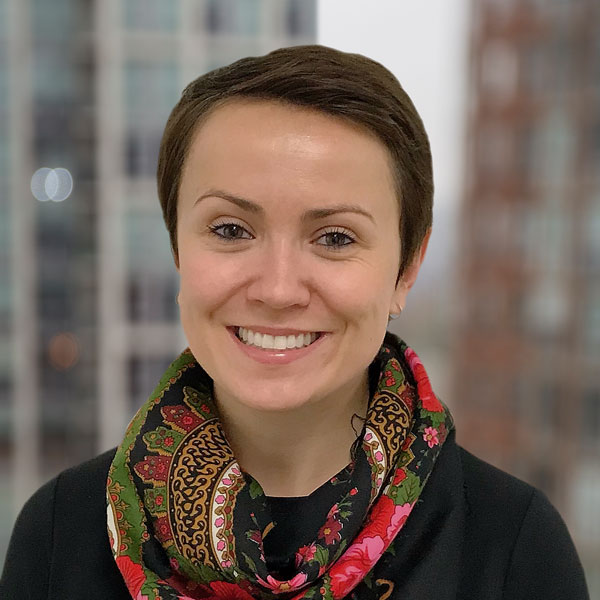