I’m not sure if this was a deliberate Easter Egg in Apple’s WWDC website, I have a sneaking suspicion it might be, but we’ve just had a glimpse of an Apple Maps web API. Traditionally, Apple Maps have been available only in native iOS apps. It seems that might be about to change. As spotted by Tim Broddin and blogged about by Google Maps Mania, there is now a version of Apple Maps available for browsers. Here is my first, rather poor attempt at an Apple Map: 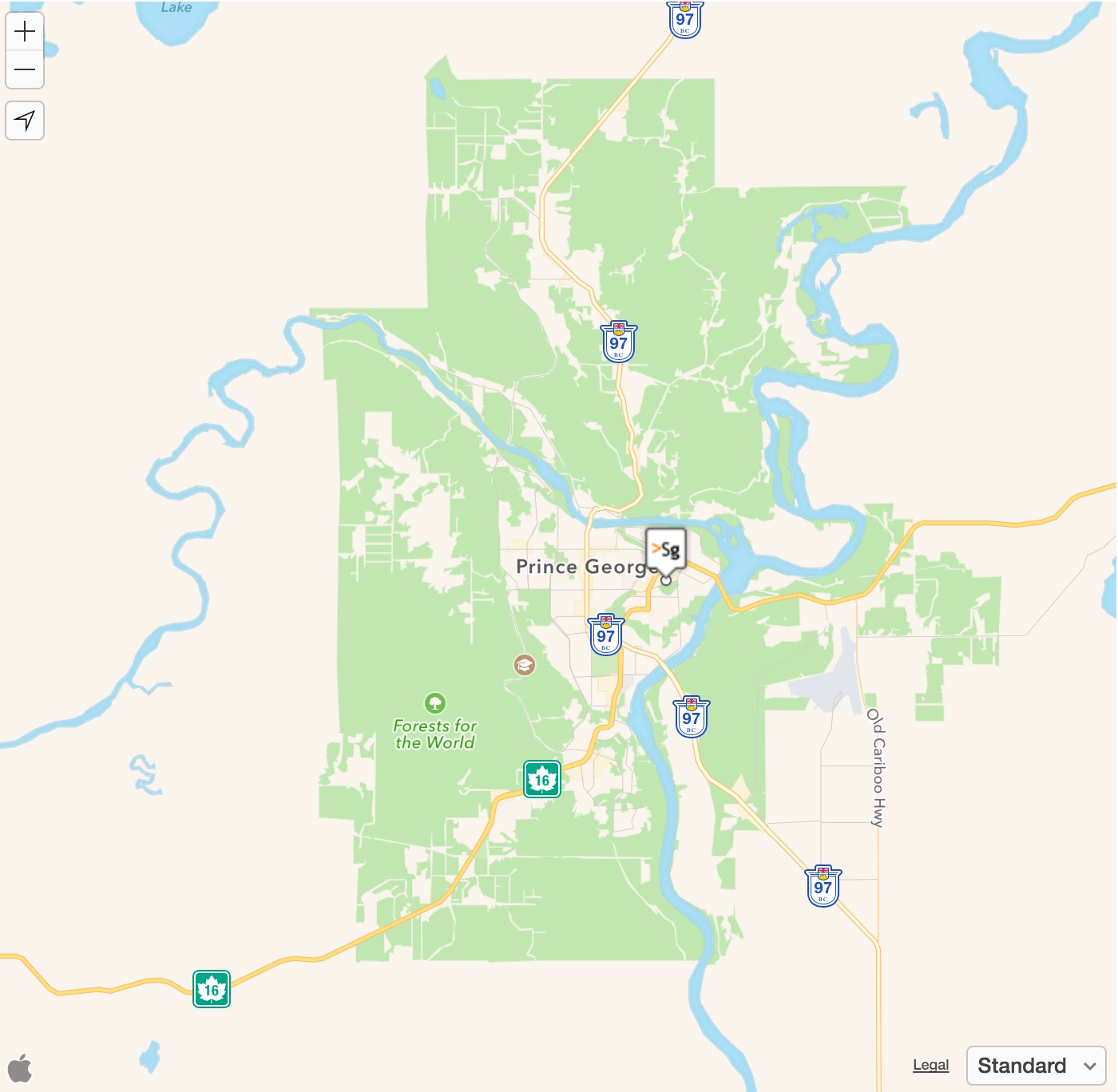 The API seems much like other javascript mapping APIs, except with a few interesting in-built features, such as geolocation. The cartography feels very like the AppleMaps product but the main mapping fabric still seems to be largely tile based, though I wonder if there is some “vector-tile” like behaviour hiding in there. In general the API is intuative enough to make the basics happen without any docs at all. Hopefully this provides some insight as to what to expect at the WWDC for mapping.

Or maybe the Sparkgeo map geeks are just getting all excited over nothing!