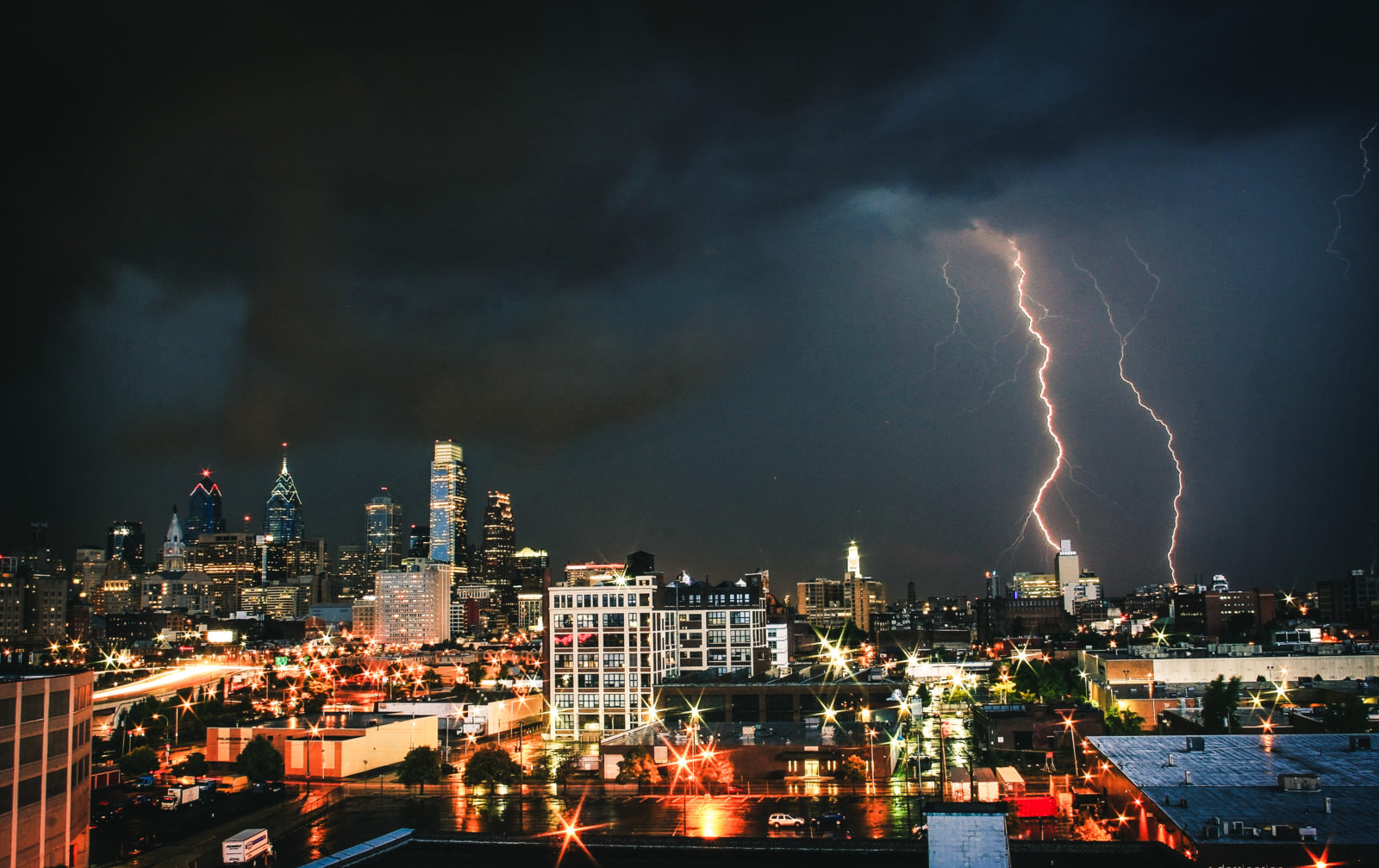 How grand I am to throw around terms like ‘the geospatial age’ as if I’m some kind of luminary. It sounds wonderful that we might be in some kind of ‘age’, but really, what on Earth does that mean? Well, what I mean is we as a technology community we are closer to geospatial technology than we have ever been. Indeed, billions of us literally hold it in our hands much of our waking lives. As such, we are now seeing an enormous development in the expectation and exploitation of geography as a toolkit. Sometimes this is wonderful to witness and sometimes terrible, but nevertheless we see maps and coordinates everywhere powering everything from restaurant reviews to rocket ships. Yes, our age is overtly geospatial.

Disruption when regarded within the classic Harvard Business Review purview is when a smaller company out competes a bigger market incumbent by introducing a lower cost product into a previously underserved market. Using that toe hold to innovate and gradually push the incumbent up the margin triangle and forcing them to serve only progressively “higher end” customers. Thus, their growth slows and eventually they are replaced entirely.

Typically, disruption is hard to respond to. Initially that underserved market is seen as low margin and indeed uninteresting to the incumbent. In some cases businesses are even happy to give away that segment of the market because of the low profits involved. But over time as the disruptive force grows in market adoption and indeed competence, their initially low cost product becomes more generally attractive and they can become dominant. Leaving the previous incumbent to wonder what they did wrong.

There is a difference between disruption and sustaining innovation. For instance, Uber is a sustaining,( potentially revolutionary) innovation of the traditional taxi market, not so much of a disruption. You still have a driver in a vehicle, they are just being hailed differently with better technology. The experience is arguably better, but ultimately Uber is a similar product offering at a comparable price. However, Uber is a potentially very disruptive force for the automotive industry, providing a real and much lower cost alternative to vehicle ownership.

This pattern has been witnessed numerous times in Silicon Valley and beyond. But, I want to specifically look at two active examples of seemingly disruptive forces in our geospatial world. I should also point out that I am not party to any of these organizations’ strategies.  If we were, we would not be writing about them here. What is contained in this article is based entirely on a close observation of our geospatial age.

ESRI has owned desktop and enterprise geospatial for literally decades. Indeed, even within the last few weeks they have been winning prizes for innovation from fast company magazine (*ref). This truly amazing company has been building geospatial technology for 40 years and in many people’s minds have defined the term GIS (*).

ESRI’s technology is typically seen as expensive. It is a thorough analytic suite and extensive in its reach but that comes at a price. Luckily, most of our government agencies have been happy to swallow the expense to enjoy their robust geospatial product offering. Interestingly however, whilst dominating in government, agency and large enterprise environments, ESRI has had difficulty breaking into the technology market.  Now, technology has always been an “odd duck” when compared to more structured organizations like state and federal government agencies, but with that oddness comes a rich pay off. ($1.6 Trillion in the US if you believe the Boston Consulting Group, and that was written before Automotive fell in love with connected vehicles and maps)

ESRI is a private company, so we can only really guess, but anecdotally with annual revenues of over $900 million, they have been enormously successful. But, given their difficulty in accessing the technology market and the manner in which the technology market is seeping into most other markets, growth will become (or already is) a problem for ESRI. There are simply a finite number of agencies in our world.

Google did make a foray into the geospatial world with their MapsEngine and EarthEngine products as extension to the widely-adopted Google Maps product. However, with MapsEngine’s depreciation and EarthEngine’s relegation to more academic environments it seems as if Google is stepping away from any sort of enterprise geospatial offering. This is underlined by Google recent offloading of the TerraBella imaging small-sat constellation to Planet. In many ways, it seems as if ESRI won this tussle. But here lies the rub, consumer geospatial has emerged as an overtly different market from enterprise geospatial. So, in terms of Google’s exit, were they pushed, or did they jump?

A consistent bug-bear for ESRI has been the open source geospatial community. A community of technologists willing to build and share technology for free is a frustrating entity for a proprietary software company to deal with. This community has and continues to be vocal, but the barriers to an individual’s entry have been high. In reality, up until quite recently if one had wanted an open source alternative to ESRI one would be left cobbling together a disparate series of tools and libraries and likely writing some glue code. In reality one would have to be a competent computer scientist. However, that pendulum has begun to swing back.

Open source tools themselves have always been competent in and of themselves and some have even become the reference technology standard. But typically, they have been beset with poor user interfaces, poor cohesion and lack of a holistic message. This has been problematic for ESRI, but seemingly far from disastrous, given the need large organizations and enterprises have for single source software solutions and enterprise support.

Indeed, perhaps here is the reason for ESRI’s lack of penetration into the technology space as yet. With the technology sector’s desire to own intellectual property and willingness to build, manage and further invest in their own technical differentiators, the idea of buying licenses for software that is critical to a funded startup’s valuation seems unlikely.

Boundless geospatial has been around in various guises for some time. From Open plans to Opengeo to now Boundless this organization has been trying to make money from open source geospatial technology since the early 2000’s. This is not an obvious path and indeed in many ways led them to being a largely services driven company for some time. Those services have typically included the implementation of alternative open source geospatial solutions (alternative to ESRI, that is). Of late however, Boundless has been focusing more on product, and that product comes in a combination of community and support.

Open source geospatial tools are a much lower cost product offering than ESRI’s, and with Boundless’ willingness to provide an optional, robust enterprise support package on top of a curated selection of those open source tools, we start to see the inception of a disruptive product offering.

This offering is attractive to the tech sector because with many open source tools, if the licensing is satisfactory then the technology company in question can make alterations to the code base of the tool. In doing so they will retain internal IP, avoid paying future license fees or risk core technology changes. Indeed, they will also be largely immune to having to dal with their systems being dependent on a third-party technology or a complex pricing strategy. All with the addition of a person to call or email in the event of a question.

Technology in our case is the largely underserved market, but the prize for Boundless is enterprise geospatial.

For these reasons ESRI must be looking at companies like Boundless and indeed Carto with a wary eye and considering how they can serve these underserved markets better, or risk wholesale disruption.

The options open to ESRI are numerous but a key entry point must be the technology sector, where they have been losing mindshare. The likely best option here is in the provisioning of their ArcGIS Online product as a more basic Platform As A Service (PAAS), which could be an elastic geospatial web platform. This idea of Location As A Service has been posited before from within ESRI’s own ranks. This would reduce the barrier to entry significantly. Few companies complain about the equivalent (non-geospatial) Amazon Web Services owning IP around elastic infrastructure. Instead, AWS provides a scalability safety net and the opportunity to grow with the technology company.

Some might argue that the construct of the “ESRI credit” in lieu of dollar pricing is a confusing barrier, somewhat equivalent to a casino issuing chips rather than using cash at their tables. But beyond that implementation detail, making geospatial web infrastructure easy seems like a solid strategy. Indeed, ArcGIS Online can largely provide this service now, but pricing, monitoring and the messaging are not startup friendly yet.

Interestingly, this product is akin to what Mapbox, has been building for the last 3 years, indeed it’s also what simpleGeo tried to do ages ago!

Please continue onto part 2 where we take a little look at the remote sening industry.

Harnessing big data to inform big investments in climate change Climate change is leading the global agenda this month as leaders come together in Glasgow for COP26, the…