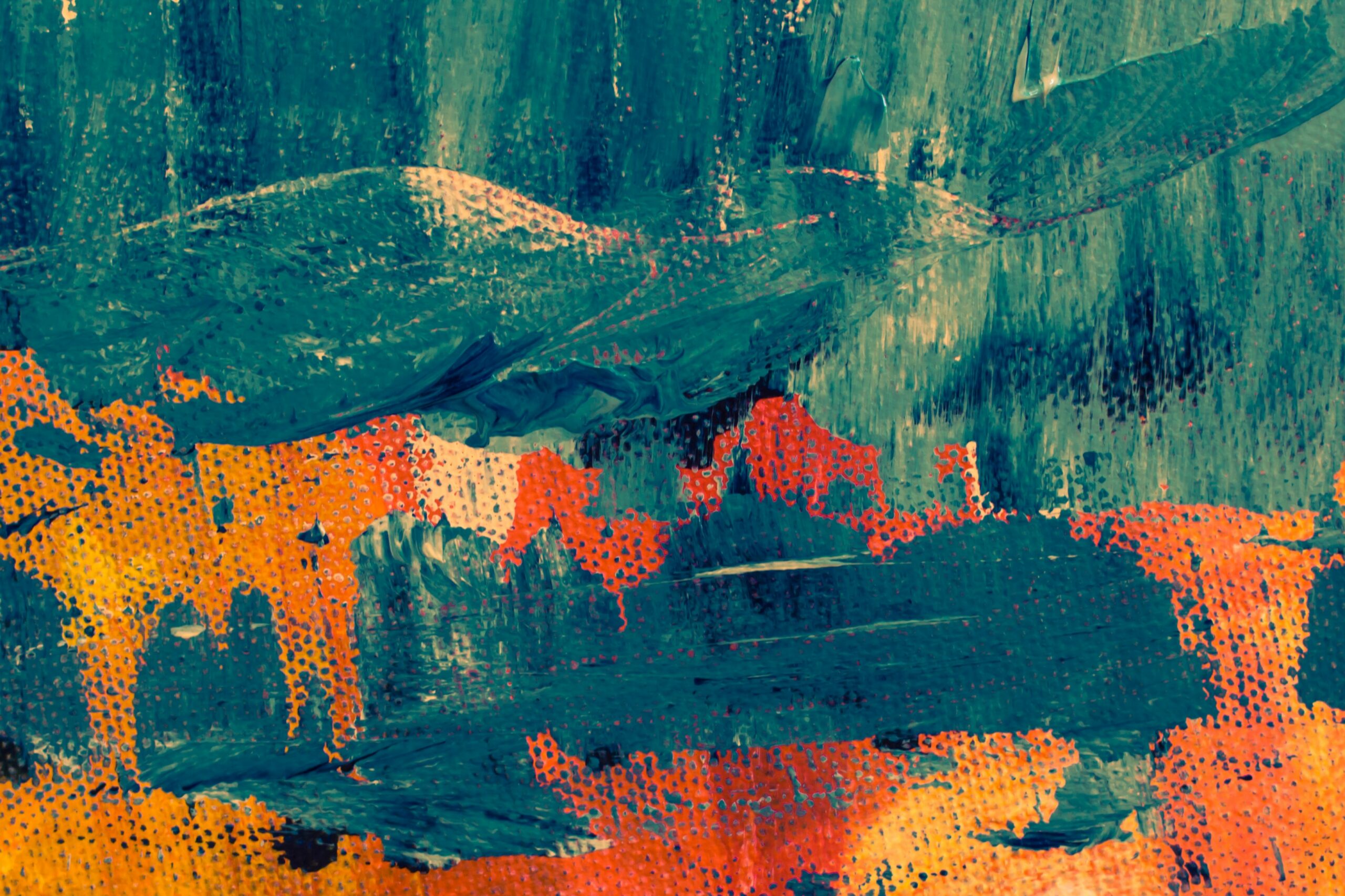 This is the second in a series of posts accompanying Will Cadell’s keynote for the GeoIgnite Conference, Winter Geo 2022.

In the year 2000, when I graduated, a benchmark computer was the gateway performance 1500 1.5Ghz, Pentium 4, it optionally came with a Gig of RAM.

In 2010, when I started Sparkgeo, Intel was pushing their i5 chips, and I picked up a machine with 1.5TB pretty easily. Also, Google launched Buzz.

Why do we care? Well, computing capability is an asset that digital geographers like us have always valued, but are not in direct control over. In business or strategy speak, we could call computing capacity a complementary asset.

Complementary assets are worth watching because they can often present new capabilities. More so they can provide the foundation of disruption. The ice harvesters of North Eastern US had built an excellent business shipping ice to the tropics but were completely disrupted by residential refrigeration. Internet cafes, were great until we all had the internet in our pockets, supported by the complementary assets of mobile connectivity and smartphone technology.

Think about digital geography. We have five complementary assets to which we should pay attention. Complementary, not free, but supportive: they complement what we do.

3. Algorithms: our culture of algorithms

5. Open Standards: the ability to combine data from different sources

SpaceX has changed access to space, in particular Low Earth Orbit (LEO). By reducing the cost of access to our atmospheric real estate, it has become easier to launch sensors. Previous to 2010, small constellations of large satellites each costing around half a billion dollars to build and launch into space were the standard practice. Now, constellations of small, micro, and nanosatellites are being launched weekly for many orders of magnitude less.

In addition to SpaceX and their ilk, the open CubeSat standard has allowed satellites to be stacked similarly to containers for shipping, albeit much smaller. This has created an environment where numerous sensors can be packed into rockets efficiently. Both the cost of launching and building satellites have diminished enormously.

Why should this matter for the geospatial sector? Traditionally, this imagery would be exceedingly expensive and would often be the domain of the military and intelligence communities. Now, imagery is fast becoming commoditized, largely because of the access to LEO. Interestingly, more novel sensors are also being launched. Radio Frequency (RF) detection can listen for radio traffic. Active sensors create radar images of our landscapes for the detection of building or steep slope subsistence. Methane sensors are now patrolling our skies, looking for major polluters. The opportunity afforded by new space has injected adrenaline into the heart of the geospatial community. These new sources of data are the reservoirs from which streams of geospatial analytics are tapped.

Today, 80% of the world’s population has a device smart enough to provide a geographic position via GPS. The most advanced smartphones now also carry LiDAR. Ten years ago, only the most advanced recreationists had access to handheld GPS, and handheld LiDAR was absolutely a professional domain. From a sensory perspective, individuals can locate themselves on our planet with unprecedented precision and accuracy. Now that location is not the domain of experts; navigation has become a default activity of smart devices.

One need never be lost again.

These handheld devices are networked where available; thus, if the devices’ users agree, location data from half the world’s population can be captured and put to work. This activity has famously been put to work in applications like Waze.  If a user has a LiDAR enabled device, then a 3-dimensional model can be captured describing their immediate surroundings. It took ten years for GPS to become ubiquitous on smart devices; LiDAR will likely take much less time. This 3D capability will fuel Augmented Reality (AR) applications and help individuals enter their metaverses. Smart devices, therefore, offer the capability of both geospatial data capture and consumption, turning an individual into a node in their digital mirror worlds[1].

A frequent discussion in the geospatial community is “so what?” If we are being delivered with more imagery, what can we do with this tsunami of pixels when we have so many eyes to look at the images? Algorithms plumbed into a cloud pipeline, then automated can turn data into insight. Whether these algorithms are monitoring plant health, slope stability, counting cars, or measuring some other element of our physical surroundings, the rise of a culture of algorithms has supported the increased use of high throughput data streams like those from LEO. This evolution has been accelerated in part by the computer vision and artificial intelligence communities, which bolster a healthy spectral and active sensor research community.

Algorithms are our data refining capacity – distilling the raw pixels into products of value. Pixels absent of interpretation (by humans or algorithms) are virtually meaningless – just numbers in mathematical arrays.

This amount of data capture also has tremendous implications for connectivity and data storage providers. However, in many ways, the cloud has provided a canvas on which to paint the contents of the imagination of the modern technology sector. The notion of conceptually infinite compute implies that, within a fiscal reality, a technology company can achieve what would have been impossible only a few years ago. The steady pace of cloud advancement continually pushes back the edge of the “computing possible.”  In addition to the infinite compute capability, the ease of networked access should not be ignored. Pre-cloud architectures were limited by potential entry points; now, we can connect to a cloud architecture via a cellular network with ease. The cloud can be thought of as the infrastructure necessary to direct the flow of traffic and data across the web in a controlled and scalable manner. The result is that companies of any size can engineer solutions with conceptually infinite compute and massive accessibility without huge capital investment.

Finally, open standards support interoperability and encourage full competition. Whether these standards are being used in software or in data management, commonly understood data formats and processing practices help in the adoption of new technologies. The Open Geospatial Consortium (OGC) has been influential in advocating for open geospatial standards since 1994. Recently these standards have evolved to support higher-throughput data sources like those flowing from constellations of sensors. For instance, the SpatioTemporal Asset Catalog (STAC) standard has been adopted into the OGC API. This will result in a common way for machines and people to search for imagery. Such a simple open standard allows organizations to easily search for data from different sensors using a common toolkit.

In no uncertain terms, the change in technology capabilities has altered the geospatial landscape. The five complementary technology assets I just outlined provide such a plethora of new opportunities that the enterprise GIS community simply cannot keep up, leaving a deeply unsettled market opportunity.

Consider how these assets intermingle: the rise of commercial space has provided an armada of Earth Observation satellites, the cloud provides the infrastructure to direct the flow of the data, the algorithms and open standards allow that data to be put to repeatable use, and smart devices allow users to interact with that data in a location-centric manner.

Each one of these assets was a separate concern in 2000, and even in 2010 few of these subjects really overlapped. Now they all firmly overlap. I call this “modern geospatial.” You can call it whatever you want. There is disagreement

The point is: these assets did not overlap ten years ago. Some of these assets did not even exist then. These are new and evolving technologies and practices. And together their bundling provides a series of new capabilities which allow us to meaningfully approach planetary-scale challenges.

[1] Gelernter and Ebooks Corporation, Mirror Worlds, or the Day Software Puts the Universe in a Shoebox How It Will Happen and What It Will Mean.