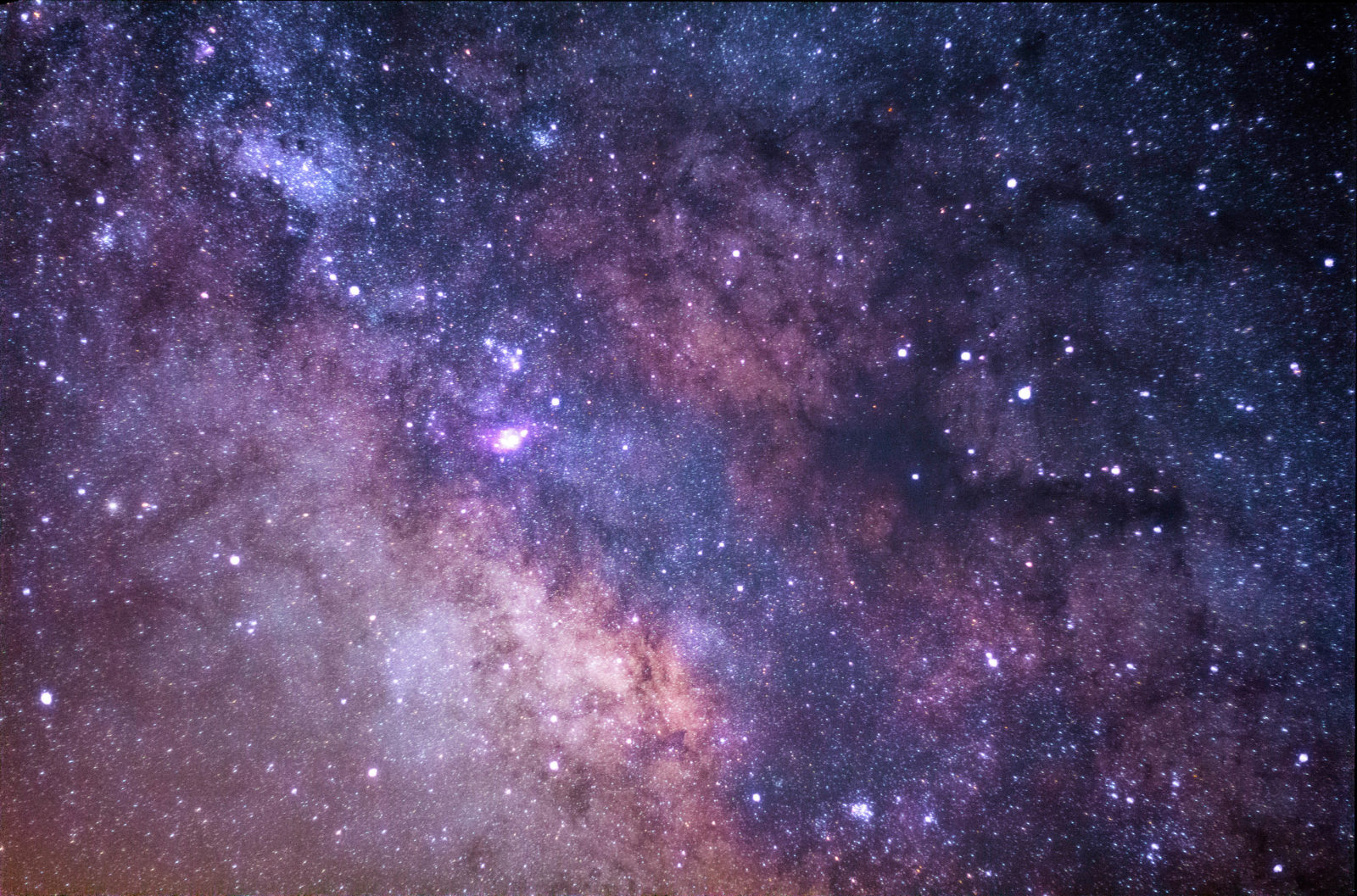 Will Cadell
imagery as a service
remote sensing
satellites
technology

What just happened to remote sensing?

TerraBella just arrived. Google’s rebranded (previously Skybox) remote sensing constellation is still in very active development with planned launches over the next few years. Their focus is on platform and information delivery rather than delivery of imagery. That’s amazing, but not because of the enormity of the problem, but because they are only one of a growing number of companies proposing to do much the same thing.

Last week (24th Feb 2016), we had 2 announcements from DigitalGlobe and one from Astro Digital. We’ve been hearing about new constellations of small satellites, partnerships with Facebook, new image analysis APIs. What’s more, this week’s announcements are just the latest in a litany of happening in the satellite remote sensing industry over the past few years.

It is safe to say that until recently the satellite remote sensing industry had been somewhat beaten up. The idea of remote sensing had always promised so much, but classification accuracy, expense and access to timely imagery always ended up letting down the consumer. In essence the use of remote sensing imagery was (and still is, frankly) really hard. The dream of being able to look at anything at any time from space was being proven only ever a dream, or indeed a dystopian nightmare, depending on your point of view.

At that time remote sensing was proven a retrospective, academic activity. It could only ever indicate changes, which had typically happened some time ago. Interpretation and classification were largely human driven tasks. Examples of remote sensing truly making a decisive difference in any private sector application (beyond cartographic map production) were few and far between.

What has happened in the last 10 years then, to drive the recent explosion in activity in satellite remote sensing? Though it may seem like an explosion, nothing ever happens that fast and it wasn’t just one thing.

Simply put there are three features of remotely sensed imagery:

Spectral resolution really describes what wavelengths the satellite is capable of receiving. Different wavelengths are good for looking at different things and are therefore useful for different purposes. To confuse matters here, there is a breed of sensors called SAR, an active, RADAR based technology. An active sensor is one which emits its own signal and subsequently interprets the returned signal rather than passive optical sensors which in essence detect light from the sun that has bounced off the Earth. A key advantage of the SAR technology is an ability to see through clouds.

This determines the size of the things you can see from space. This is usually what is meant when “resolution” or “pixel size” are talked about. DigitalGlobe has the market-leading platform presently, the WorldView series, which creates simply beautiful 30cm (approx. 1 foot) resolution images.  At 30cm you can easily see cars and often discern people, though not necessary what they are doing.

This really describes how quickly an image of a particular place can be captured multiple times. This is often referred to as “repeat time”. It is worth noting here that repeat can be gained by having lots of satellites pointing straight down, or by having fewer satellites each supporting a targeting capability i.e. they can point their camera.

There are really two facets to temporal resolution. Firstly the demand might be for an image now, in the event of a natural disaster for instance. Typically in this scenario the targeting capability of a higher spatial resolution satellite is likley attractive. Secondly there might be demand for regularly updating imagery in the event of a monitoring project. In terms of monitoring constellations the idea of “revisit” describes a constellation’s ability to capture exactly the same point on Earth over and over again. At this point you might consider that the key product is “change”, not pixels.

In the end the update cycle of the user’s application determinines the need for different temporal resolutions: do I need a new image every day, or every year?

From these three characteristics a number of product categories can be identified.

By tweaking these three categories, the commercial satellite imagery comapnies are creating new products. The central idea of the remote sensing product is infact changing quickly. Consider, is the product of remote sensing an image, or is it quantifiable information about our Earth?

The definition of the product, and how that product can be attractive to a wider paying clientele will be where future remote sensing battles are fought.

Unsurprisingly, the prime consumers of remotely sensed data are governments. Whether the application is military or environmental protection, organizations with a mandate to observe or monitor features on the ground are keen to access timely imagery. Academia has a great interest in studying the ground but typically is less willing to invest large sums of money in a better understanding of the Earth. That said, there is a strong scientific bias in most major satellite providers bringing down the costs to quite a manageable level for research. Bringing down the costs, however doesn’t help the satellite company’s bottom line.

Increased access to compute (via Amazon Web Services, or Google Cloud etc) is making a difference in our understanding of the remote sensing product. Companies like Orbital Insight and SpaceKnow are now able to leverage large amounts of high-resolution data to start answering hard questions.

> How are my retail competitors doing?

> How much crude does China have?

By looking at the angle and length of shadows from crude storage facilities across China, it is possible to estimate reserves.

> How much forest is being harvested in Chile?

By looking at change in land cover in high production forest area, it is possible to determine how productive a particular forest operation is.

In microcosm these questions are interesting remote sensing use cases, but when applied to entire Nations they become hugely compelling and indeed valuable commodities. Governments are interested, but the private sector is also paying.

Satellite production has traditionally been philosophically close to aerospace manufacture. In essence this is a reasonable reaction to the huge capital investment in building large, precision spacecraft. Great care is taken in all aspects of engineering the unit, from the design of the optics, to the material selection, to the software development. Every phase is typically designed tested and retested, then tested again, pre-launch. When launching a billion dollar device on the top of a rocket, it seems reasonable to do one’s engineering due diligence.

However, this philosophy does have the distinct disadvantage of vastly increasing the barrier to market entry. Frankly there are not many investors interested in taking that kind of risk and not too many companies those investors would trust with this level of execution. Thus it takes time to launch a new satellite, let alone a whole constellation.

Enter Planet Labs. The Planet team have been incredibly successful in disrupting this aerospace model. By changing the rules associated with commercial satellite remote sensing they and been able to turn a 4 year development cycle for new satellite development into a 3-month cycle. Those rule changes include adopting the cubesat standard (see below) and thinking about the satellites as consumables -> lower orbit vehicles which can be launched from the International Space Station but will have a shorter lifespan. This means they can be very agile and aggressive in the addition of new technologies inside their (tiny) satellites. Planet Labs was founded in 2010 and has launched 113 satellites to date.

Now, let’s not ignore that there are some basic optical challenges in the development of such a small optical remote sensing platform. Reaching a point of reasonable spatial resolution with such a restricted area for aperture and focal length being just two. But, what they lack in platform size, they can make up for in iteration cycles and number of satellites in their constellation. With each iteration cycle and launch they are adding more experimental units. Planet is taking the Lean methodology to new heights. They feel that they can reach their stated mission of global daily repeats of anywhere on Earth this year, 2016

The cubesat started life in 1999 under the careful watch of Cal Poly & Stanford. The basic idea is that a satellite of this form is made of “a number of” 10 x 10 x 11.35 cms cubic units. With a common form launching becomes less onerous. Now, not all modern satellites are cubesats, far from it, but this form factor has popularized the idea of small satellites. Indeed one of the key features of the modern space sector is a much easier launch schedule, given the greater number of private and public sector space delivery companies. Organizations like SpaceX who are actively building reusable rockets are significantly reducing the barriers to launching satellites increasing the ability of companies like Planet Labs to launch lots of little satellites.

The Rise of Consumer Geospatial

In concert with the development of the small sat phenomena there has been a step change in the geospatial business. This was an industry where GIS (Geographic Information Systems) people would sit in basements drawing geographic features for subsequent analysis or mapping.

Then came the smart phone.

Quite suddenly, the geospatial industry has grown into a significant force in the web sector. Understanding where things are and how to get to them is a key value proposition for numerous web and native apps. The basement dwelling GIS person has been pulled, squinting into the daylight and as a result we are seeing an explosion in geospatial capacity on the web. We have companies like Mapbox and CartoDB focusing on geospatial web services forcing the older industry players such as Esri to raise their web game.

This is change is having a cascading effect on the consumer satellite providers. It turns out that people don’t want to buy images anymore.

Continue to pt. 2 in this series to find out why new satellite imagery products are not even images anymore.