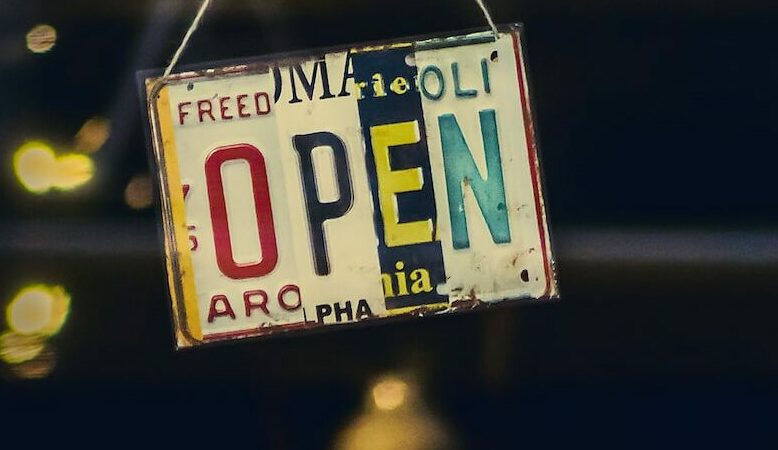 The UK “free and open-source software for geo” (FOSS4G) community came together on November 17th to celebrate PostGIS Day. The community-organised event included a distributed conference across ten locations throughout the country. The Sparkgeo UK team was involved in three of the events, including the co-organisation of the Bristol event and participation in talks at Bristol, Manchester and Cardiff. Our reflections on the event are as follows.

In 2020, FOSS4G UK events took place online due to the pandemic and were postponed in 2021 due to a global FOSS4G conference. Without the need to travel, the digital nature of the 2020 event proved convenient for delegates. While there were few barriers to attendance, the virtual events didn’t offer the same networking opportunities as traditional in-person ones.

Sparkgeo’s lead, Alastair Graham, contributed to the planning for FOSS4G UK 2022 – an event that aimed to deliver a conference with the best of both worlds.  Local venues across the UK allowed delegates easy access – with regional events that required no more than a quick day trip. And while in-person events commenced, talks were video streamed between venues and to those who opted to attend from home.

Alastair co-chaired the Bristol event; and said, “Overall, we were pleased with how the event ran.  Promising so many live streams did give local organisers an extra workload with the odd hitch here or there. Still, the opportunity to network in person was appreciated, and the overall vibe of the day was great.”

The hybrid format worked well, and the event featured an impressive lineup of international keynote speakers who all spoke candidly about their journeys navigating the open-source geospatial world.

Anita Graser from the Austria Institute of Technology talked about open source in academia, reflecting on the value of including code in research publications – or, better still, a repository of executable code. She explained why doing so facilitates better collaboration within the academic community.

Tim Sutton looked back on his 20 years working on the QGIS project. He reflected on topics such as team diversity, licensing, testing, documentation, human interface guidelines, and how ideas [and sometimes contrarian voices] influence the direction of an open-source project. Tim’s presentation also reminded us of the massive success of QGIS, which is opened over half a million times during a typical working day by users around the world. Slides based on AI-generated images from DALL-E2 added entertainment to Tim’s talk.

Regina Obe talked about PostGIS – a presentation that included insight into how she became involved as one of its earliest contributors. While working as a database expert in the City of Boston council in the early 2000s, her interest was sparked by the GIS team’s maps on the large format plotter adjacent to her desk. Before long was automating flowlines for them to publish shape files to Mapserver.  After an announcement on the Mapserver mailing list of the arrival of PostGIS, she’d ‘fallen in love’ with the idea of using a relational database for geospatial data. Before long, Regina joined Paul Ramsay as one of the project’s early developers.

Highlights of other talks we enjoyed

The presentations at FOSS4G UK ranged from individual personal projects to larger corporate ones. In Bristol, Sean McGee from CGI delivered an entertaining account of how he’d added audio to maps which allowed you to hear birdsong as you approached a park or running water near rivers. His projects delivered a more immersive experience to the user while improving accessibility for the visually impaired.  The work – all done in his spare time ­– was a great example of how experimentation for fun can drive innovation.

Yann Ziegler from the University of Bristol presented work on developing a streamlined GUI for visualising spatially referenced data with a temporal dimension. This presentation illustrated how the combination of different FOSS technologies and libraries could be integrated to build ‘special purpose’ tools with relative ease when the need arises.

David Kerr of the Office of National Statistics presented research on the use of hierarchical grids for aggregating census returns to balance the granularity of visualisation in dense areas while protecting individual confidentiality in sparse areas.

Robert Coup of Koordinate discussed Kart – a system for geospatial version control based on git. Robert highlighted the challenges of managing geospatial data and the developments we are now seeing in that area. He noted that cataloguing systems such as STAC, CSW, and INSPIRE could provide new tools for archiving and experimenting with this data.

Finally, Ant Scott from Astun Technology discussed using QGIS Graphical Modeler to analyze the accessibility of the UK’s public right-of-way network for different socio-economic groups. This approach is used as part of policy and lobbying work being undertaken by the Ramblers walking charity. This work was of particular interest to Dan Ormsby, Sparkgeo’s new UK Operations Lead, as he managed this project in his previous role at Astun.

Other talks are available on YouTube from the event home page.

UK Team lead, Alastair Graham, gave a brief and light-hearted presentation in Bristol on some of the observations he’s made since moving from being an independent Earth observation consultant, to managing the UK geospatial software developers at Sparkgeo. So much is glossed over when ‘geospatial development’ is discussed, but there are so many roles involved in the process – all with their own skills. Many of these roles are subtly different from the types of research-led coding Alastair was used to as an independent consultant.

Developer, Dave Dowding, spoke in Cardiff, where he used the example of hosting a simple web map to talk about why a company may or may not want to use cloud computing. He explained some of the flexibility and options available and some of the complexity it can add. He also discussed mitigating some of this complexity by using Infrastructure as Code tools.

Finally, John Donovan presented in Manchester, focusing on how centimetre-precision GNSS positioning can be achieved on a modest budget by the enthusiastic amateur with just a soldering iron and commodity components. Although this was a personal project, it embodies the ethos of Sparkgeo: experimentation, exploration, and discovery. Despite being in the post-lunchtime slot, it was well received and provoked some discussion afterward.

After formal proceedings concluded, many delegates made the most of networking over a pint or two in a nearby pub.  As Sparkgeo’s UK business is still relatively new, this presented an excellent opportunity for the team to connect and spread the word about what we do to others in the FOSS4G UK community – many of whom we knew through our pre-Sparkgeo roles. Overall, it was a great way to wrap up an enjoyable day.

STAC it up – A STAC tutorial

In this post we describe the process of taking a federal Canadian dataset and creating a SpatioTemporal Asset Catalog (STAC) using python.