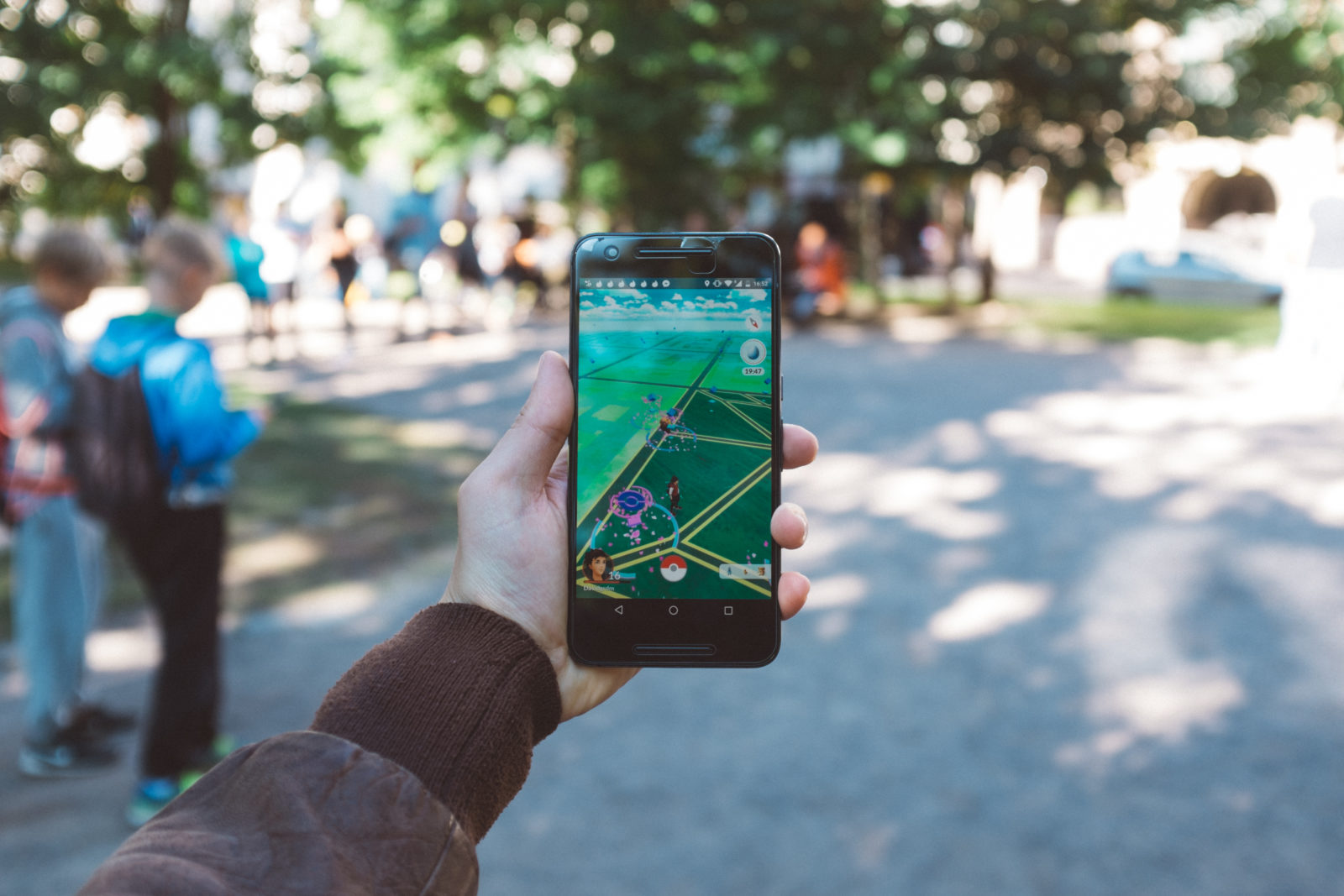 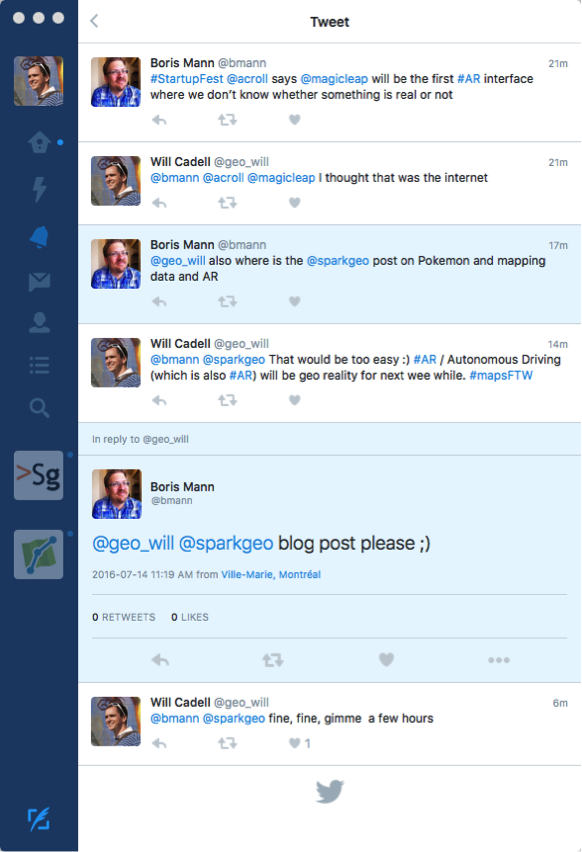 The crux is simple.

GIS was the domain of map boffins, then we got smart phones, and it became cool. Then we got open data, and suddenly GIS became a context for the rest of our augmented existence. (Hello SkyNet, goodbye world, the end).

Geospatial technology through the early 2000s had become a backroom activity. Web forums were beset with questions like “What is GIS?” and “How to describe GIS at dinner parties”. People who did GIS knew it was cool and sometimes really hard, but the industry itself didn’t know what it was, or what it stood for.

In reality there was very little “consumer geospatial” beyond MapQuest and road maps. Then came Google Maps, and we all know that story. With the technology enablers of better browsers, better compute on the web, and better devices we have seen the rise of consumer geospatial applications. Apps like Life360, Nextdoor and Yelp have brought maps and mapping tech into the hands of everybody else. I use these apps, because they are overtly not navigational, the geospatial parts are intrinsic, but contextual. That’s important. These are not ‘maps’ but purposeful experiences using high quality maps to support their business goals. Uber would be another great example; we’ll come back to them.

In concert with this rise in geospatial, we have seen an increasing appetite for openness and transparency in government. This has resulted in a great deal of data available to the technology-aware amongst us. You have to understand though, the data is open, but it might not be good.

The greatest misnomer in technology is that data will solve everything. Especially when we mix in a bit of machine learning magic. What we rarely talk about is that often data is wrong, dirty, or at the very least opinionated.

Now, the furious tempest that is the mid 2010s technology scene has jumped on these two concepts and has been jamming them together resulting in numerous different techno-creations. This digital love-in has resulted in the job title “data scientist”, some amazing visualization work, but more so a good understanding of how hard and big ‘data’ is.

Now, I’m getting to the point, Pokémon Go (I know, what a band-wagoner, again it’s @bmann’s fault).

Pokémon Go uses a map, and somewhat aging augmented reality techniques extensively. It is an enormously awesome example of what consumer geospatial can deliver. The map is there, it’s essential, but it is really only context to the activity.

You know what else fits that description? Your connected car next year, and your autonomous car in five years. Better than that, we will have persistent augmented experiences. When I plan a route on my computer it will be delivered to my car and mobile device because navigation doesn’t stop at the edges of one particular device’s abilities, but when I reach my destination.

Your augmented future will not be linked to any particular device but instead all your devices. Siri or whomever will be a consistent companion and she will point you at all the Pokémon you could ever want. But given our data quality issues, she might be wrong, or there might be a river in the way.

For us geospatial people, this will likely be a large piece of our reality. Because every piece of what I just talked about involves a ludicrous amount of geospatial effort.

The Tower of Open Babel

Firstly, open data. It is open, but it is not free. The cost comes in the form of effort in using it. Organizations across our blue Earth publish data. For simplicity, let us only consider road data. None of these published road networks are “good”, mainly because there is rarely a definition of “goodness”. Additionally, there are always exceptions to the case, which allow “non-good” roads to slip though. When I talk about data having human characteristics, this is what I mean. Even better, one organization publishing road data does not do it in the same manner as their neighboring organizations. Not only do we not know what “good” is locally, but also we have no idea what it is globally either. So we are multiplying our efforts in a non-linear manner by the number of organizations we need to engage to aggregate the data we need.

It would not be unreasonable to compare open data to the Tower of Babel. We’ve gotten a little too close to some kind of data utopia and found that a higher power has seen fit to ensure we all speak different languages. Indeed different formats, encoding, attributes, spatial reference systems… Thwarting our efforts to reach our own knowledge singularity.

It is left to parties who care about putting data together globally to determine how to account for ‘goodness’ and manipulate each organization’s data accordingly. So data from each organization gets manipulated into a common form for ingestion.

But hold on, data also changes. There is 4th dimension on our Earth and we need to take that into account. Change happens over time, so unless we want our autonomous vehicles to drive into that new median, we can’t miss the road updates. We better test for and consume all changes regularly.

So far the problem for roads is

That is just for roads, the list of other sources of interest is extensive.  Don’t forget also that data is opinionated so we might want more than one source for any particular place. Google has been doing this for a decade, Apple for years now, Uber is now in on the action too, and none admit to being close to finishing the job, because like the rest of the web, geospatial will never be “done”.

Uber is particulalry interesting given that, at first blanche their map is a supportive technology. Indeed the consumer experience is still largely Google Maps. Yet, they consume geospatial talent at a startling pace. Evidently, to Uber understanding the Earth’s transportation networks (and perhaps more) is hugely important. Presently they augment their drivers’ realities, in the future one would expect them to augment frankly most of our connected society’s.

When I look at Pokémon I see a few things. Firstly I see what Augmented Reality has always been promising, wrapped up in a fun game. Secondly, I see a growth in consumer geospatial. Thirdly, I see a public that is unwilling to accept cartographic / data errors inside their consumer geospatial experiences. Finally, I see a bunch of geo boffins saying they make apps like Pokémon Go at dinner parties. Finally their friends will get it, and it will be cool.